As a professor at Amherst College, Edward Hitchcock benefited from unusually good, custom-made visual aids. Often paintings executed on cloth, the visual aids included illustrations of extinct and extant animals, botanical illustrations, and boldly colored diagrams of rock strata. Hitchcock didn't have to pay his artist; he was married to her. But it wasn't a case of a slave-driving husband overworking an unappreciated wife. The Hitchcocks were collaborators who shared a love for science, nature and theology.

Orra White, later Orra White Hitchcock, was born to a wealthy family of farmers in Amherst, Massachusetts, in 1796. Not just a farmer, her father was the proprietor of a housewares store, a justice of the peace, a constable, and a tax collector. Wealth and local fame were no guarantee of good health, however. Even the wealthy suffered high infant mortality, and Orra was the only daughter to survive infancy.

By the time she reached her teens, her talents were unmistakable. She worked out syzygies of the Moon and Sun — alignments that could predict eclipses — when she was 14. Before she concluded her teenage years, she was teaching art and science at Deerfield Academy. The school principal at the time was Edward Hitchcock. She had a religious conversion. The two fell in love. 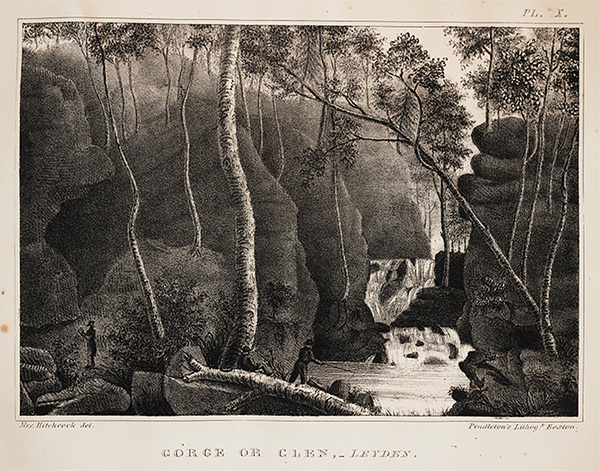 The Hitchcocks married in 1821, and embarked on an unusual honeymoon project: documenting mushroom species near their home. He noted characteristics while she sketched. Her study of flora didn't end there; she produced two albums of botanical illustrations.

Five years after they married, Edward became a professor at Amherst College. He taught natural history, geology and chemistry, and for the next 36 years, Orra produced big diagrams for his use in teaching. She also provided illustrations for his books, such as landscapes for his Report on the Geology, Minerology, Botany, and Zoology of Massachusetts published in 1833. Some of her illustrations showed Triassic footprints that Edward attributed to giant birds. He was partially right; dinosaurs were ancestors of modern birds.

In between fruitful collaborations on science, the couple produced eight children, six of whom survived infancy (not so easily accomplished in those days), and two of whom became geologists. They also promoted women's education, and promoted science in the curriculum of an all-female school that later became Mount Holyoke College.

Orra White Hitchcock had other responsibilities besides childbearing and illustration. As the wife of a college president, she was also expected to entertain dignitaries and potential donors, and she showed a natural aptitude for the job. She was also a perpetually calming influence on her often ill, anxious husband. But she had help; the Hitchcocks employed a small army of domestic servants.

Before she knew what was ahead of her, Orra White Hitchcock vowed she would never travel to Europe. But she traversed the Atlantic with Edward when Amherst College treated him to a months-long jaunt to improve his nerves and overall health. Orra liked some parts of Europe better than others. Confronted with Irish Catholics, the staunch Protestant matron remarked, "The goiter, cretinism & filth & poverty of these people is dreadful." She was happy to return to her tidy home and respectably raised children.

The Hitchcocks' happy collaboration ended in 1863 when Orra died of tuberculosis. Edward wrote that his devoted partner worked "without the slightest pecuniary compensation, or the hope of artistic reputation." She might not have had a public reputation for her work, but it appears his friends all knew about her abilities. It might be a sign of how much he missed her that he died the following year. 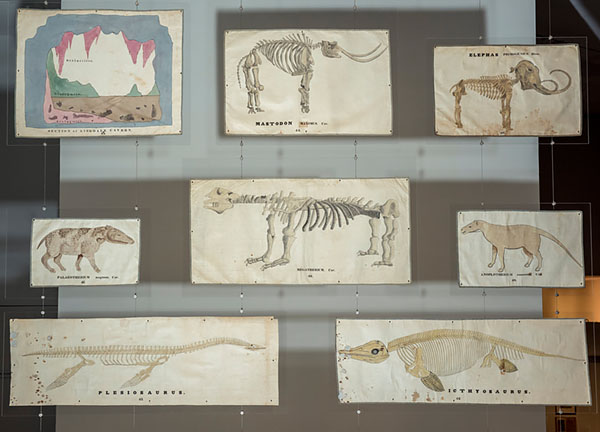 Exhibition photo from Mushrooms, Magma and Love in a Time of Science (https://www.nytimes.com/2018/07/26/arts/design/orra-white-hitchcock-american-folk-art-museum-review.html)