From Glimpses of the Wonderful by Ann Thwaite

Did Adam have a belly button? He certainly didn't need an umbilical cord, never having spent time in any woman's womb. But as the prototype for all men, he should have come with all the parts, right?

Nineteenth-century naturalist Philip Henry Gosse had the bad fortune to worry about such questions. While his contemporaries puzzled out the workings of evolution and sedimentation, he fretted over how to make all the things that science learned fit neatly into a biblical chronology of just several thousand years. His efforts earned him the unsurprising disapproval of scientists and the perhaps surprising disapproval of many Christians.

Born in England, Gosse was the son of an itinerant miniature painter who didn't make a very good living. Despite his father's abundance of talent, Gosse learned to draw from his aunt, Susan Bell. A bit of an itinerant himself, Gosse crossed the Atlantic then clerked in Newfoundland, farmed further inland in Canada, and taught school in Alabama — where he was fairly sickened by the institution of slavery — before returning to England. Back home, he tried various pursuits and even operated a school for awhile, but two things attracted his long-term devotion: the wonders of the natural world and the salvation of his soul.

If the choice of a righteous spouse helps one's entry to heaven, Gosse had good reason to feel confident he was saved. He married Emily Bowes, a fellow member of a local Christian society, the Plymouth Brethren Movement. The brethren weren't big on fun, or on too-friendly relationships with outsiders, but Philip and Emily were content with each other.

The marriage was happy but brief. While their only son, Edmund, was still very little, Emily developed breast cancer, and she died not long afterwards. Gosse's sense of responsibility for the boy's eternal soul was enormous, and as Edmund grew, Gosse frequently reminded him that God was "a jealous God" who tolerated little doubt or self-indulgence. Although the father-son relationship was a close and affectionate one, the younger Gosse later remembered primarily the religious fanaticism in his memoir, Father and Son. 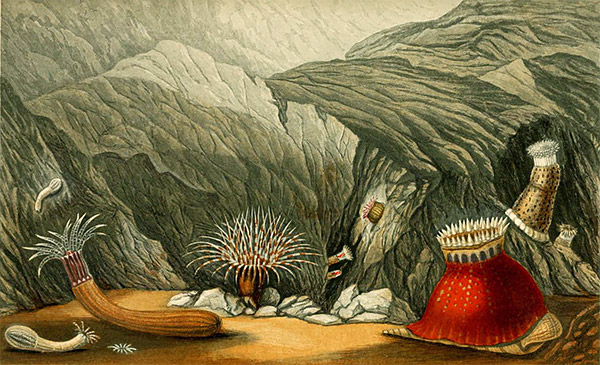 Edmund Gosse published Father and Son in 1907, and some historians have challenged his claims in part because they contradict a relatively staid portrait in his earlier book, Life of Philip Henry Gosse published in 1890. One of Edmund Gosse's suggestions that has met with particular skepticism is that Charles Darwin might have confided in Philip Gosse about natural selection. In a 1977 paper about the Gosses, Historian Frederic Ross lays out a number or arguments against the claim, including the fact that Edmund Gosse said nothing of any Darwin-Gosse encounter in the earlier biography. 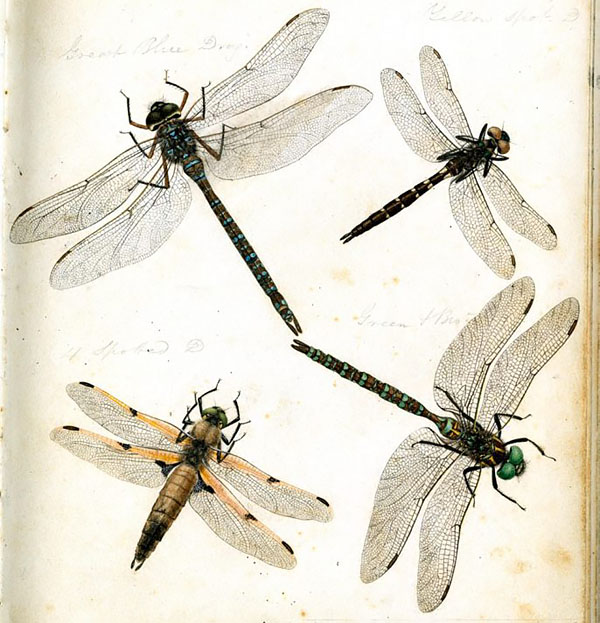 Long before his son became a successful writer, the elder Gosse authored multiple books, some of Britain's most popular books on natural history. But he didn't research all his books in the same way. His books The Birds of Jamaica, Illustrations of the Birds of Jamaica and A Naturalist's Sojourn in Jamaica, for instance, were based on his own 18-month visit to the island. In Newfoundland, he wrote an unpublished manuscript, Entomologia Terrae Novae, perhaps the first attempt to classify Newfoundland's insect life. He also filled the manuscript with some 250 exquisite illustrations. In contrast, his book The Ocean was based more on what he read in the British Museum. Either way, Gosse was an effective educator, sometimes much more effective than he wished. Perhaps his most influential book was titled The Aquarium, and it provided instructions on setting up in-home aquariums. After popularizing sea anemones to the British public, he was appalled to see how many of them had been taken from the wild for aquariums. His son was eventually even more appalled. 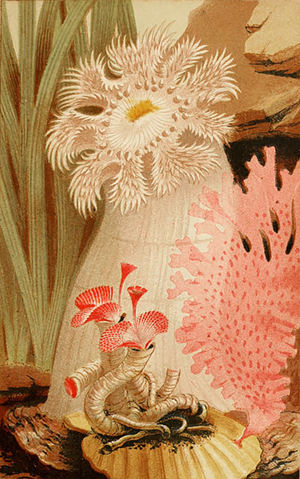 The illustrations in Gosse's book — many of which might have been the uncredited work of his first wife — showed the kind of natural harmony he likely believed existed before Eve ate the apple. Reality inside the tank proved a little different. When Gosse set up his first tank, he stocked it with dozens of sea creatures, and the predators promptly ate some cohabitants for dinner. Aside from attacks, the tank water's oxygen supply ran low, and the Gosse residence stank of dead pets.

Gosse cleaned up the mess and started over, eventually finding more success in his home aquarium. Readers of his book scoured the British seashore and started their own fish tanks, but the fad of the 1850s didn't last long. Science writer Bernd Brunner notes that, within a few years, "Nine out of ten aquariums had been either dumped or simply left to their own devices."

Despite authoring an impressive number of books and articles, Gosse is likely best remembered for his strangest: Omphalos. Greek for "navel," this book addressed the question of whether Adam had one. It also addressed all the other puzzling clues that might cause one to question whether the Bible could be literally correct. Gosse was willing to acknowledge that each "day" of creation might be as long as a thousand years, but that was as far as he would go. Even this compromise wasn't nearly enough to accommodate the geologic evidence of the day. Gosse published Omphalos a year before the announcement of Darwin and Wallace's theory of natural selection, and many scientists of the time shared Gosse's belief in the fixity of species. Geologic time was another matter. Mountains of sedimentary rocks loaded with fossils argued strongly that humans were a recent arrival on an ancient planet. How to resolve this troubling evidence with a literal belief in Scripture?

Gosse's answer, spelled out in Omphalos, was Prochronism, a term he coined to argue that all life moves in a circle, and that in creating living organisms, God had to create the remains of extinct ones, too, complete with their coprolites. In a book riddled with weird pictures and purple prose, he "reasoned":

It may be objected that, to assume the world to have been created with fossil skeletons in its crust — skeletons of animals that never really existed — is to charge the Creator with forming objects whose sole purpose was to deceive us. The reply is obvious. Were the concentric timber-rings of a created tree formed merely to deceive? Were the growth lines of a created shell intended to deceive? Was the navel of the created man intended to deceive him into the persuasion that he had had a parent? . . . I distinctly reply, No!

Gosse thought his explanation perfectly understandable. Hardly anybody else did. Scientists though his argument absurd, and fellow Christians disliked the implication that God had deceived. (Some modern-day creationists, however, still invoke the argument that the Earth just looks really old, aided by fossils placed specifically to test our faith.) Twentieth-century novelist John Fowles described Gosse's hypothesis as "the most incomprehensible cover-up operation ever attributed to divinity by man."

Of the original run of Omphalos, thousands of copies remained unsold. Thinking the highfalutin title itself was the problem, the book was reissued with a more pedestrian title of Creation but it didn't help. Omphalos was a failure, but contrary to the popular version of the story, Gosse didn't sink irretrievably into melancholy afterwards. He remarried, and continued publishing popular books, including the very successful The Romance of Natural History. Still, Gosse tasted bitter disappointment as his death neared. He had apparently not expected to die. He had expected to be lifted into heaven when Christ returned to Earth.